In this article I am describing OODA-loop made by Ryan Greenspan and leaving a homework exercise for you to analyze Alexsis moves. By incorporating OODA-loop. paintballers may improve own game play.

Blake Yarber dives to the cut brick at 50. Aftermath Vales dies. Blake has some misinformation or misreads the situation as he attempt to cross the 50 line while trying to trade with hiss mirror brick. But no one is there. Aftermath can one ball him from mini wing, one bunker behind. Or cross field does its intended work on Blake.

At 42.46 Ryan Greenspan rushes for the mini wing. By doing so Aftermath panics and everyone is focused on Ryan. As aftermath 77 changes from Home to Dorito their communications completely fails. Everyone is still focused on Ryan. Alex Rodriques reads the situation and despite slight hesitation seizes the moment and runs thru. He flanks the Dorido side wide open. Cross field was able to counter him even if being late. 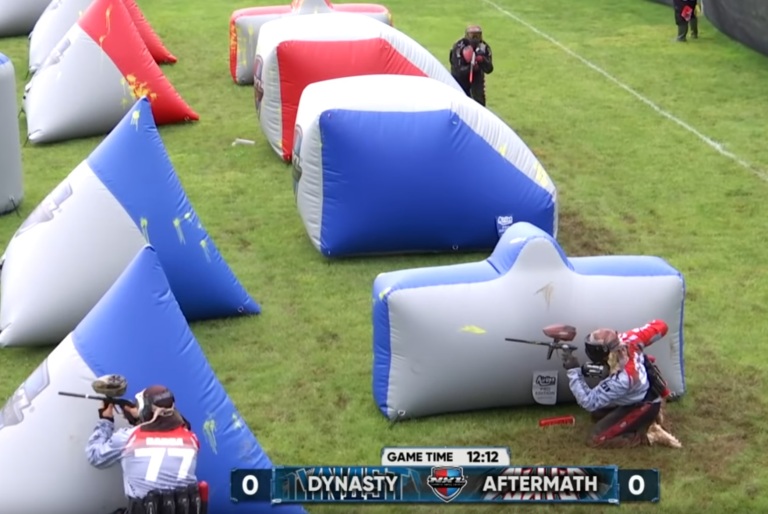 Ryan doesn’t read this move and misses the opportunity. After math attempts to counter charge. Ryan is completely unaware of the threat as he paints in ”phantom” player at snake brick. 1) Ryan observes O 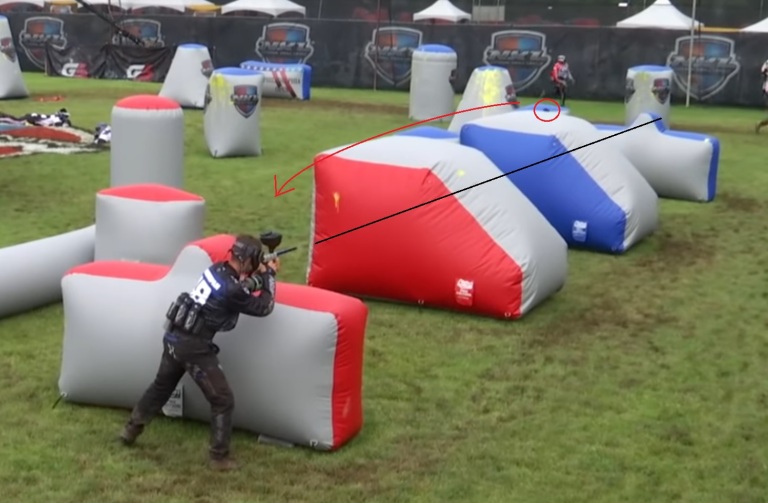 Normally this is a textbook example of suppression of feeding false information.

But luckily he manages to get his act together and trades with aftermath. 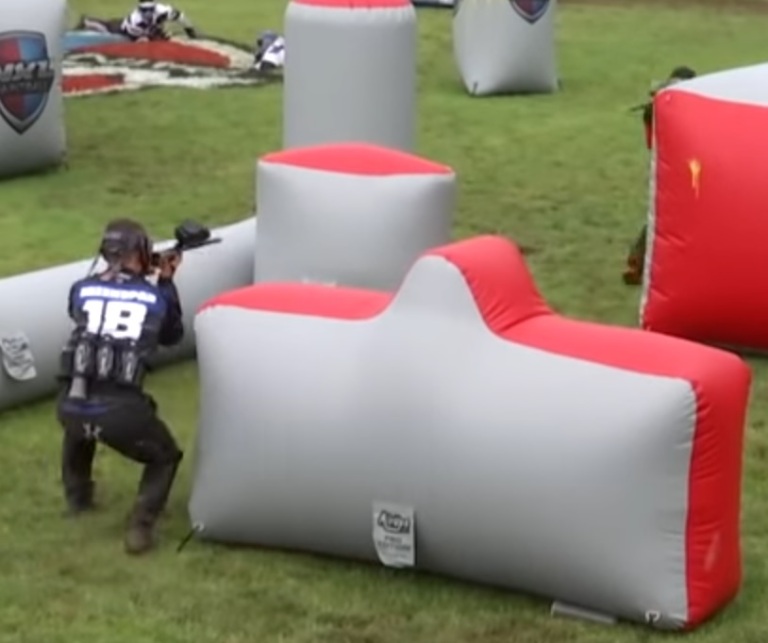 Ryan thinks he has the back players attention to the right as he shot some decoy balls over there. 2) Ryan has oriented the game play, O But Aftermath had made their decision already and was acting (OODA-loop).

3) As Ryan fints to the right he also makes a decision to sprint to the left, D. With reflexes acting he is all exposed when he realize the situation is not in his favor and he shoots. 4) act by reflex, A. Aftermath has already placed their balls in the air. Making this a trade.

The one who acts first doe not necessarily prevail, but the one who lops faster – It was a trade but the body count favored dynasty.

When you have practiced you craft to perfection I say observe is no longer necessary. You orient immediately and can calculate different scenarios going on and pick the best option after years of practice. Some times chances intervene but most of the time experience prevails over luck.

However when you don’t have field awareness you must observe to get it! This is the reason paintball teams help each other out so the team sees what you see, thru communication.

For paintball players some homework. Analyze Alexes’ OODA-loop. Did he everything right could he have improved. Could you take this learning to improve your own game.